Malia Obama’s Height: How Tall is She and What Are Her Body Measurements? 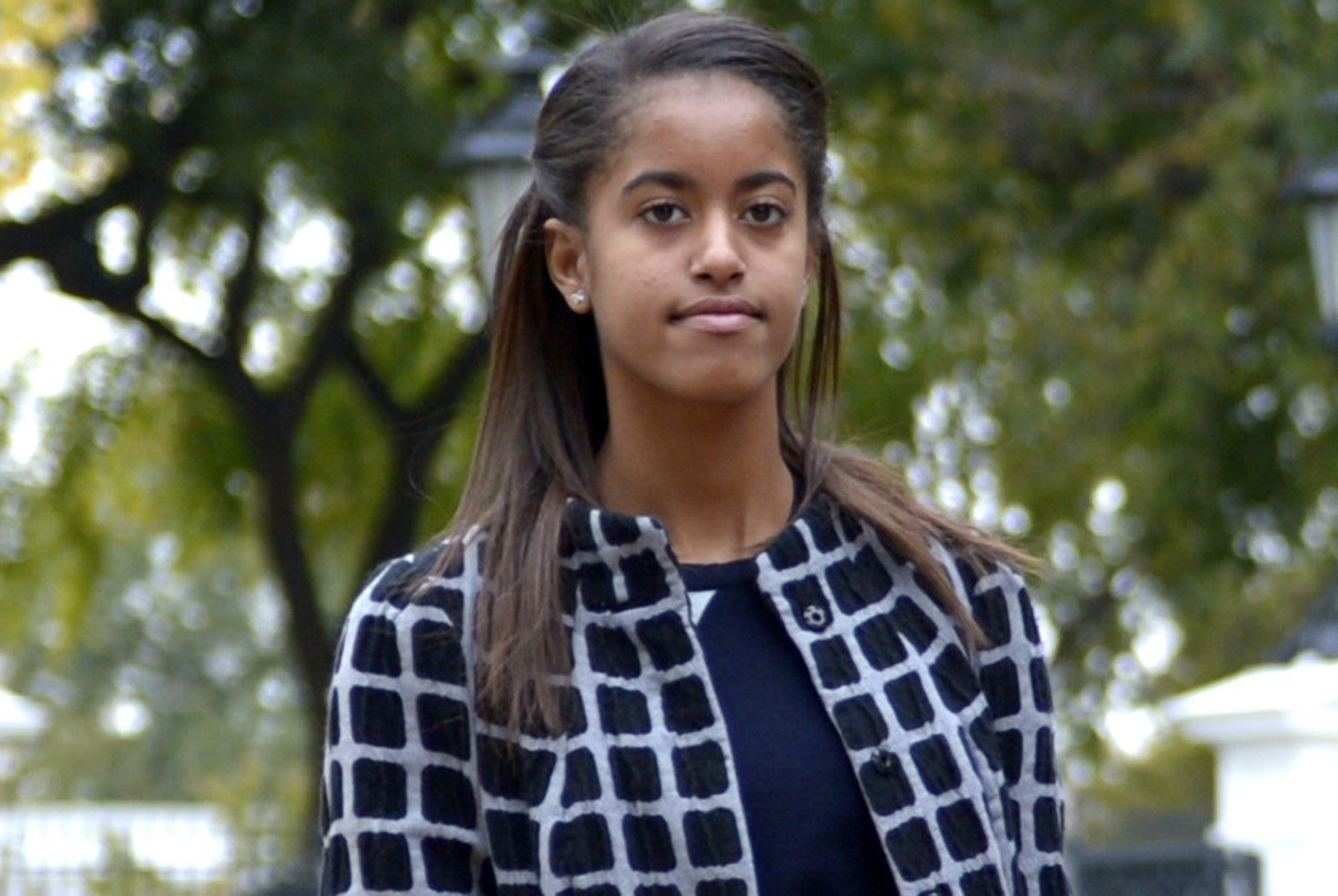 Malia Obama’s height of 6 feet 1 inch (185 cm) makes her one of the tallest American presidents daughters. She is the first daughter of the former US president, Barrack Obama, and his wife, Michelle. However, she is not an only child as she has a sister named Sasha. Together with her sister Sasha, the Barrack Obama girls are known and remembered for many positive things.

Above all, they are trendsetters- styles they wore often sold out in minutes after they’ve been photographed in them. This is not just because they were the ‘First Daughters” but also because they have that physique that makes every attire look beautiful – Check out Malia Obama’s height and body measurements!

Summary of Malia Obama’s Height and Other Body Stats 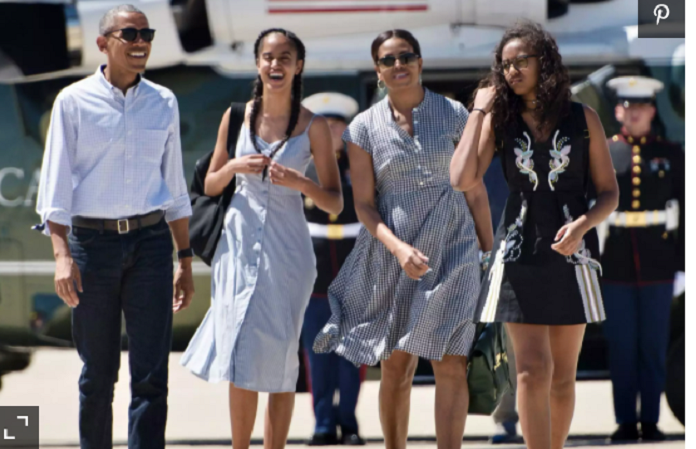 At 6 ft 1 (185 cm) and 61kg in weight, Malia, slim and tall, has been considered the tallest president’s daughter in the history of the United States of America. She was only 10 years old and reportedly 5 feet, 4 inches, when she joined her father at the Presidential Inauguration in January 2009. By the age of twelve in 2010, Malia Obama’s height towered 5 feet, 8 inches.

However, when she was 13 years old, she was already as tall as her First Lady mother, Michelle, whose height was 5 feet, 9 inches. Compared to former first daughters, Ivanka Trump, former President Donald Trump’s daughter is only 5 feet, 11 inches. One of the Bush daughters, Jenna Welch Bush Hager, was 5 feet 8 inches, and Chelsea Clinton, an only daughter to Bill and Hilary Clinton, was 5 feet 9 inches. Being so tall comes with its pros and cons, but the most enjoyable fact is that it gives you the benefit of being noticed. This may explain why taller people find it much easier to become models. For Malia, being in showbiz might be of her least career choices, but there is no doubt she is enjoying some of the benefits tall celebrity ladies like her enjoy.

While she hopes to be a social worker in the future, Malia has unintentionally been modeling for some fashion designers. Her height and physique make every little piece she wears very fashionable, especially her effortlessly casual off-duty styles.

How Tall Is Malia Obama Compared to Her Mom, Michelle Obama? At 6 feet 1 inch, Malia is slightly taller than her mother, Michelle, who is 5 feet 9 inches (1.8 m). Born January 17, 1964, the 59-year-old former first lady Michelle Obama and mother to Malia and Sasha still maintains her height of 5 feet 9 inches she was known to measure during her years as the U.S First Lady. She weighs 59 kg.

Malia was 13 years when she reached her mother’s current height of 5 ft 9 in 2014 and was at that time still in the White House, shaping her adolescent years within those walls. Michelle has always been known for her rigid commitment to fitness and workouts to keep in shape and fit. Her former trainer said she never missed a workout and hit the gym as early as 04:30 am.

In the past, she was known to engage in high-impact exercises of strength training, cardio, and attending classes such as SoulCycle class and Barry’s Bootcamp in Washington DC. She even encouraged several women to hit the gym, pick up the dumbbells, and go into strength training after revealing her well-toned arms. However, as she approaches 60, and with the realities of the lockdown and pandemic, she is now committed to more low-impact workouts such as swimming.

Despite the apparent differences in their heights, Malia still adores her mother so much to such an extent that she tries to go in her steps. Even years after leaving the white house, the young lady still clearly shares the First Lady’s instinct for style; she favors bold colors and statement prints.

What is Malia Obama’s Height Compared to her Sister’s? 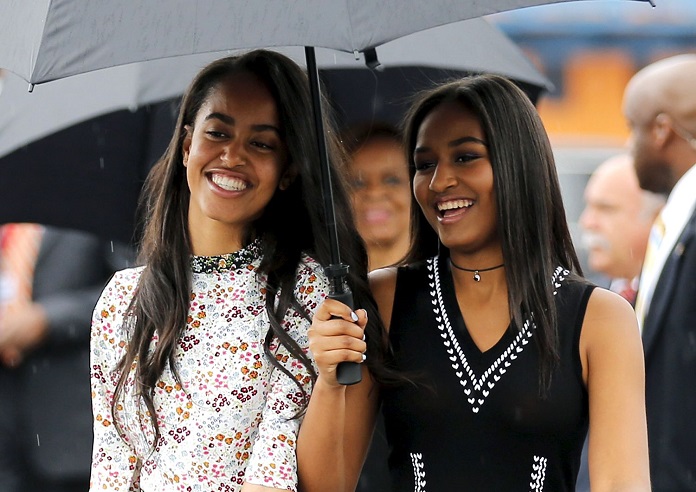 Malia Obama and her sister Sasha are both tall for their age, yet you never catch them slouching as if being tall were a shame. Natasha (Sasha) Obama is Malia’s younger sister by three years. Born on June 10, 2001, 21-year-old Sasha stands tall at 176 cm or 5 feet 9 inches and weighs 58 kg. At 5 feet 9 inches, she is only slightly shorter than her elder sister but now at the same height as their mother, Michelle.

Malia was towering her younger sister’s height in 2011, and then Sasha was just ten years old and her height at the time never mattered as much as her older sister did. Despite their age and height differences, one thing remains common about the Obama girls – they know how best to look simple and sweet. 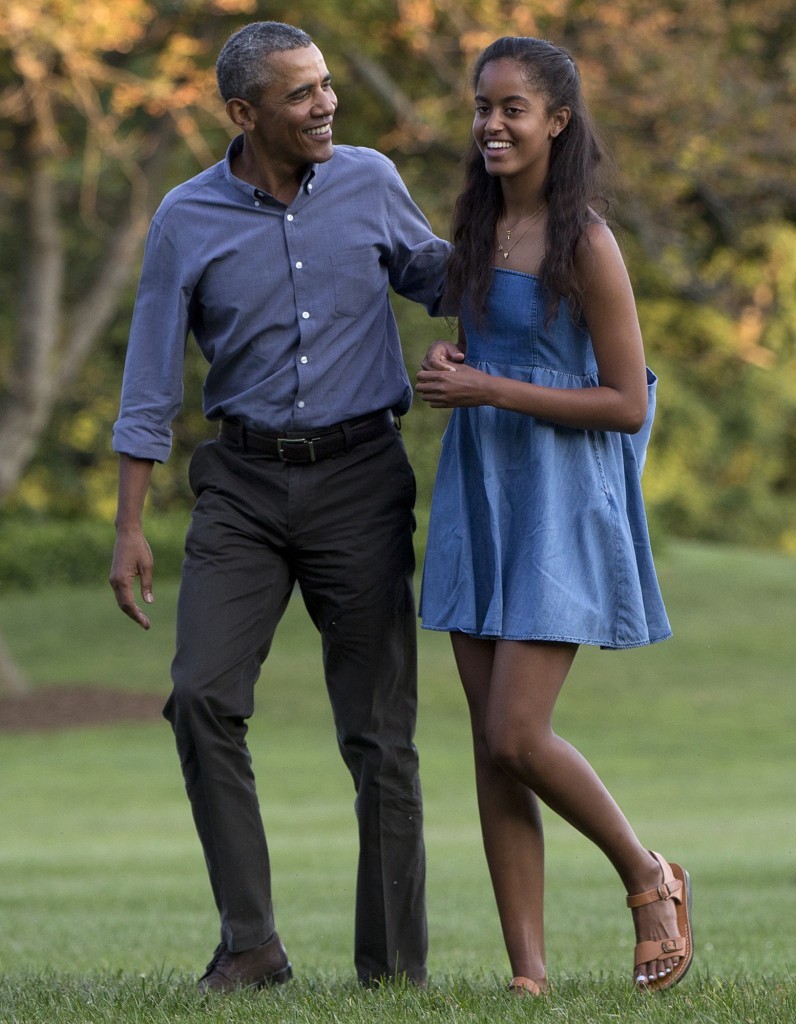 24-year-old Malia Obama is currently the tallest kid in her family as she is half an inch shorter than her father, who is 6′ 1½”/1.87 m. Former President Barrack Obama, who is currently 61 years old, is listed as one of the tallest world leaders.

Obama is the 10th tallest US President after Donald Trump (6 feet 3 inches), Thomas Jefferson (6 feet 2.5 inches), Lyndon B Johnson (6 feet 3.5 inches), and Abraham Lincoln (6 feet 4 inches). He also weighs 81kg. This could also mean that Malia is taller than other past US presidents like James Madison (5 feet 4 inches) and John Quincy Adam (5 feet 7 inches).

Due to a strictly devoted fitness and workout regimen to keep fit, which sees him engage in resistance weight training and cardio while playing basketball and golf, Obama is also considered one of the fittest US presidents.

Malia Is a foot Shorter than her Longtime Boyfriend, Rory Farquharson Malia’s longtime boyfriend, Rory Farquharson, is quite tall, with his height towering 6 feet 2 inches (1.88m) and a bodyweight of 78kg. This means that Obama’s “baby” is shorter than her boyfriend by one foot. Her brunette boyfriend, who was also born in July 1998, is a good sportsman. He is a former rugby player and was even photographed alongside Prince Harry in a rugby video in 2015.

Malia Obama and Rory Farquharson were first spotted together in 2017 at a Harvard vs. Yale American football game. Rory is a British student at Harvard along with Malia and hails from an affluent family. His father, Charles Farquharson, is the Chief Executive Officer of Insight Investment Management Limited, a company based in London.

His mother, Catherine, is an accountant who works in Upper Tribunal in London. Among other qualities Malia might love about her longtime sweetheart is his fashion sense. No doubt, the British kid has her father’s likeness for New York City street style.

Malia currently weighs 61kg (134.5 lbs) and has body measurements of 36-26-36 inches or 91.5-66-91.5 cm for her bust, waist, and hips, respectively. She is quite a slim young lady who takes after her father’s physique. The young girl has, over the years, been able to maintain her body weight through steady and committed routines. She wears a bra of size 32B and a shoe of size 9.5 (US).

At 61 kg (134.5 lbs), Malia Obama weighs slightly more than her sister, Sasha, who weighs 58 kg. With an athletic slim body build, Malia is the second weightiest person in the Obama household after her father. Though quite lanky, Malia has witnessed some levels of changes in her weight as she grew older.

In 2008, her father revealed that she added some weight, which made him worry about her being obese, and Michelle took some strict measures to adjust her diet, and the results were great. In an interview in 2010, to draw more awareness to scale and possible dangers of childhood obesity, First Lady Michelle Obama revealed that she took the girls to the paediatrician when she discovered Malia’s weight was not balancing out. According to her parents, one couldn’t tell Malia’s weight by looking as she was putting on some pounds. The paediatrician later suggested that the BMI of the girls be taken, after which changes were made to their daily habits, and the results were almost instant. Malia has since kept her weight in check as she is often spotted doing runs in a workout outfit.

In body structure, Malia and her sister Sasha, now grown young women, differ, with Sasha having a more curvaceous figure than the slimmer Malia. She is often seen in sporting clothes that accentuate her curves. Added to their differences in height and weight, Malia and Sasha also have nothing in common with her sister in terms of other body measurements.

A Look at Malia’s Fitness and Workout Routine The Obamas have been known to follow a healthy fitness and workout regimen. In an interview she gave, the former first lady revealed that Malia was a regular at the gym and loved to go for balanced workouts that focused on cardio, high rep, and low weight strength training exercises; hence, the reason for her well-toned body. Malia also cycles.

When it comes to her diet, the first daughter indulged but did not forget to include a healthy mix of vegetables and fruits. Burger, French fries, ice cream, cake, and pie, appear to remain her favorite foods, though her love for burgers is something she shares with her father. However, like her sister, Malia is quite conscious about what gets into her body.

What Sports Does Malia Obama Play? Malia is undoubtedly a strong lover of sports. According to Michelle, Malia’s toned body can also be credited to her engagement in sports like tennis and basketball. She is also into Nintendo exercise games, using these to keep fit and fulfill a passion for sports.

In 2012, the youngster was photographed while busy serving up some skill on the court during practice with the Sidwell Friends varsity tennis team in Washington D.C. Malia loves tennis like her mom, but her father is a basketball fan.

Is Malia Obama a Vegetarian?

The former first lady has made a healthy diet a strong part of the Obama family since the White House. She has also been reported to have planted her garden behind the White House.

Although Malia and her sister Sasha eat green and locally produced food items with a special focus on fresh and seasonal vegetables, they have not identified themselves as vegetarians as the family continues to include meats and dairy proteins in their diet.