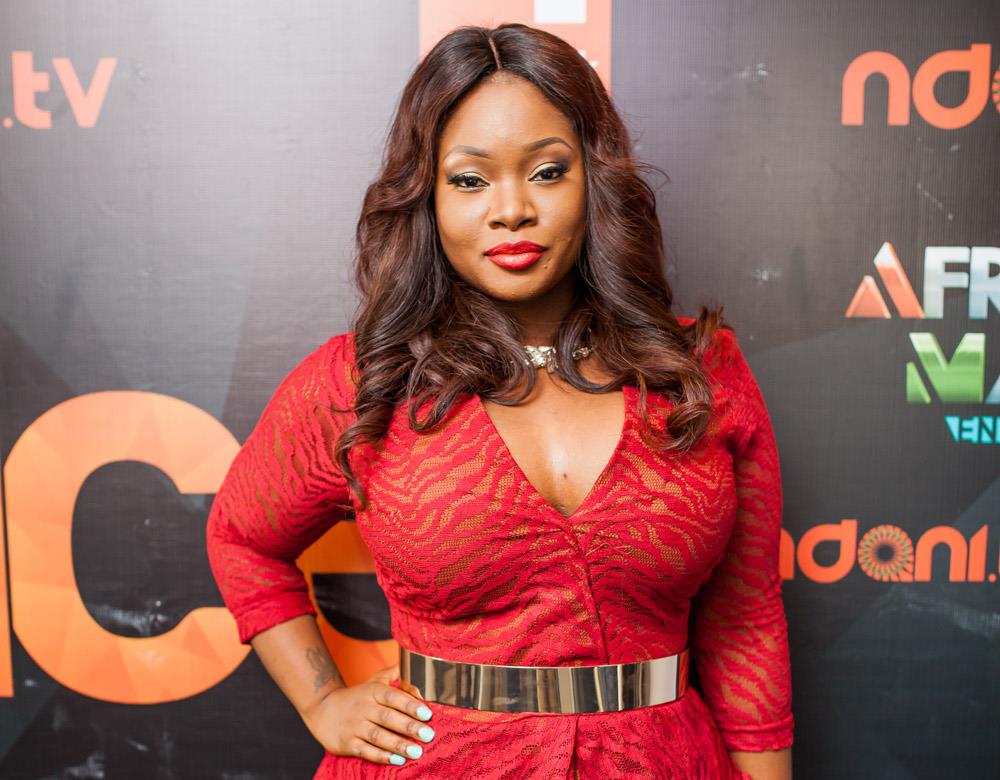 Nigeria is blessed with beautiful, shapely and highly intelligent women. You can find them in different sectors of the country, including politics, sports, entertainment, movies and of course media. The media industry surprisingly is dominated by female presenters, both on radio and TV. To say that these women are as beautiful as they are talented would not be out of place; they are hot and got angelic voices that keep their listeners/viewers glued to radio/TV sets.

Unfortunately for most radio OAPs, they are more heard than seen, unlike TV presenters that are first seen even before they speak. In view of that, we bring you 10 most beautiful Nigerian On-Air Personalities on radio and TV – You probably know the name and voice of some but not their face – check them out! Anita Ifeoma Isede, popularly known as Omalisha is an indigene of Agbor in Delta state. She is one of the most heard voices on Rhythm 93.7 and a top-notch classy presenter. Omalisha co-hosts the morning drive on Wednesday with I.K, the late morning show (faji Friday) on Fridays, Hola at the seaside (the request show) on Saturdays and Sunday at the seaside on Sundays. Delta State born OAP, Matse, is quite an on-air outspoken young lady. She worked with 95.1 Wazobia FM, hosting the midday show called “Coolele Zone”. Matse is hard-working and to that effect was able to win the Club Unique awards in 2008 for “Most Outstanding radio Presenter of this Generation”. In 2009 she won the Women in Media and Entertainment Awards for her “Excellence in Radio Presenting”, and the African Voices Awards in Kenya, as the “Most Outstanding Radio Presenter in West Africa” 2009. She went further to win the Future Awards as the “On Air Personality of the year”, ELOY Awards 2010 as “Radio Personality of the year”, the Best of Nollywood (BON) awards for radio personality of 2010. In the Future Awards 2011, she emerged a second-time winner as “On Air Personality of 2011″. Matse is so full of awards and her mouth work is paying off in her life.

This beautiful OAP works with City FM 105.1. Prior to now, she worked with Continental Broadcasting Service and 88.9 Brila FM. Her passion for life and unique personality has earned her nominations for prestigious awards like The Nigerian Broadcasters Merit Awards (NBMA) and the Nigerian Entertainment Awards. Jennifer is mostly called Jluv and she hosts The City Café (Mid Morning Madness) with KShow weekdays from 11 A.M -1 P.M. Helen Paul Bamisile started off as a comedian mimicking a child’s voice and behaviour before she ventured into acting and presenting. Aside the Africa Magic Channel 114’s “JARA” which she co-hosts with Uti Nwachukwu, Helen anchors two radio programmes – “Tatafo Gist” on Naija FM, which airs every Friday from 9:00 am to 10:00 am and “Comedy Drive Time With Tatafo” on Metro FM every Monday, from 4:30 pm till 6:00 pm.

Kaylah is a presenter on Cool Fm 96.9. The beautiful Banking and Finance graduate from Bowen University said she always loved to talk but her love for radio began in the 90s. This beautiful on-air-personality co-hosts The Road Show with Freeze and the show starts at 3 PM (Weekdays) with Cool FM’s DJ XCLUSIVE one hour live mix. She may not be the most beautiful OAP, but she’s got a great eloquence and is always on top of her game.

Check This Out: 15 Nigerian Celebrities Who Rose To Fame From Reality Shows Plus sized, Dami Elebe does Midday Shows on Saturdays and Gospel Shows on Sunday Morning, on Beat 99.9 FM. Dami is very realistic and down-to-earth. Her opinions are always seasoned with common sense, and you can’t help but nod your head in agreement with her opinion. According to a review in This Day Newspaper, Dami rocks her Saturday shows. She was also featured in Linda Ikeji’s blog, as a “Beauty of the Day” – always smiling. Aside from presenting, Dami has grounded knowledge on advertising, painting, drawing, sculpting and writing. Fade Ogunro was born in Nigeria but left for London when she was eight years old. She spent most of her life there, and on arrival ventured into media and entertainment. She is not just an on-air-personality but a producer as well. Fade has produced music videos, TV commercials and live concerts, including the Koko Concert. Also, she has worked as a freelance journalist for some of London’s most popular publications, including Vogue. She hosts the Liquid Lounge on Saturdays between the hours of 6 – 10 pm and also the Sunday Request Show from 6 pm until midnight. Popular, controversial OAP, Toke Makinwa cannot be ignored on a list like this. The beautiful and sophisticated presenter has so much media presence and is always visible on social media, saying her mind, being hated and staying relevant. The University of Lagos graduate rose to fame after the premiere of her late night radio show, “Rhythms of the Night”. This pretty diva hosted the 25th edition of the Most Beautiful Girl in Nigeria Pageant in 2010 and continues to be a fashion icon. Her beautiful face has appeared in major magazines such as Complete Fashion Magazine, City People, ThisDay Style, Exquisite Magazine to mention but a few. 26-year-old Zainab Balogun is a Nigerian actress, model and television presenter, who is just as good as the other ladies on this list, although not as popular as they are. Zainab works as a television presenter for Ebony Life TV on DStv Channel 165 and currently co-hosts and produces The Spot, the channel’s leading talk show. She is also a presenter and associate producer on Jumia TV, and she co-founded “The J-ist TV”, an online entertainment web-series that highlight African culture and a range of topical issues. She is one sexy sultry OAP that cannot be ignored for her beauty, style and poise. Wondering why she’s got the number one spot on this list? Toolz has got the most curvaceous body ever owned by a Nigerian presenter. Her stunning figure speaks out, although not louder than her voice. She is considered to be one of the best voices on radio. This diva is of international quality as she has worked with MTV in London before joining Beat FM. She was born and bred up in the UK but decided to move back to Lagos in 2009 and she currently hosts the Midday Show on Weekdays (11am-4pm) Check her out!