Nathaniel Bassey Biography and the Gospel Songs that Made Him Popular Nathaniel Bassey is a Nigerian gospel singer, songwriter, trumpeter, and  pastor best known for his songs “Onise Iyanu”, “Imela”, and “Olowogbogboro.” He is also known as the convener of the social media praise, worship, and prayer movement known as the #HallelujahChallenge.

A hugely dominant figure in the Nigeria gospel scenery, 41 year-old Nathaniel Bassey has built his name mostly as a singer and trumpeter. He is the founder of the praise, worship, and prayer movement on social media known as the #HallelujahChallenge which has attracted the attention of the local press and broken through internationally.

Among other things, Bassey is also for winning the 2017 City People Award for Gospel Artist of the Year. His career success has made many followers want to know more about him.

How Old Is Nathaniel Bassey and Where Is He From?

Contrary to the popular belief that Nathaniel Bassey belongs to the Yoruba ethnicity due to his singing in the language, Nathaniel Bassey is from Ikot Ofon Ikono in Uyo Local Government Area of Akwa-Ibom State, Nigeria. He was born on August 27 1981 in Lagos State into a devout Christian home with his father, Mr. E Joshua Bassey, being a pastor in The Apostolic Church Bashua Assembly.

To gain formal education, Bassey attended the University of Lagos where he studied Urban and Regional Planning. However, 2 years down the line, he left to move to the University of London to study political science and international relations. This also did not let him forget his love for music and how he drew inspiration from the likes of Dr. Panam Percy Paul. Hence, he attended the Middlesex University Summer School, UK to study popular music and music business.

In the progression of time after being exposed to jazz music, Nath, as he is fondly called, started to learn the art of trumpeting and imitating other numerous well-established jazz musicians in Nigeria and beyond.

Holding on to jazz, Nathaniel Bassey decided to develop himself so as to one day become the best in the world. As such, he performed on different stages that include clubs and became a part of the jazz group, Spectrum 4.

His talent soon earned him the attention of Elder Steve Rhodes, a former manager of the legendary Fela Kuti who invited him to join The Steve Rhodes Orchestra where he would start a career as a trumpeter and bandleader for 2 years. It was at that time that his name began to be heard in the Nigerian music cycle.

His journey into gospel music began when he started sensing a deep yearning, that there was more to his music than he thought. This came after the former Pastor of The Redeemed Christian Church Of God, City Of David Parish, Late Pastor Eskor Mfon, asked him to compose a song as former first lady of Nigeria, late Stella Obasanjo, was worshipping with them. This led him into seeking answers and with the mentorship and guidance of the late Mfon, he made his entry into the gospel ministry.

Bassey’s newfound genre in the Christian gospel music space was not accepted well by his friends and colleagues who thought that he would gain both fame and fortune in secular music better. Nath did not conform to their thoughts and was willing to push harder and better.

Soon enough, he was able to attract the attention of several entertainers both in and out of the gospel music space. Some of them include Cohams Asuquo, Wole Oni, Yinka Davies as well as institutions like the American International School. Also, his persistence to make gospel music has turned him into one of the most respected and most listened to gospel musicians in Nigeria.

His debut album titled Someone’s at the Door was released in 2010 and turned out to be a highly acclaimed work with his Elohim song being a major hit. The album has been described as a spiritual and artistic masterpiece that contains 10 songs.

Four years later in 2014, Nathaniel Bassey released another studio album that gained even more recognition than the first. Years passed down the line and the artist has not backed down in his quest to create music and releasing several other acclaimed albums which have sold many copies within and outside Nigeria.

Also, he has released many songs along the way on his own and collaborated with other renowned Christain gospel musicians such as Sinach, Dunsin Oyekan, Frank Edwards, Nosa, and Sammie Okposo, to list a few.

Awards and Nominations Of Nathaniel Bassey

Nathaniel Bassey’s life as a youth pastor of The Redeemed Christian Church of God (RCCG) has placed him among the notable men of God in Nigeria even though he is most popular for his music career. As part of his administration of the Christian gospel, he began the Hallelujah Challenge, an online 30-day midnight prayer and praise session in 2017. The online live gospel movement on Facebook and Instagram allowed viewers to connect from 12 am to 1 am daily throughout the month of June 2017.

Thousands of people followed the online program. On Friday 16th June, CNN reported that about 68,000 people joined the Instagram live stream, while over 50,000 joined the Facebook live stream.

The Hallelujah Challenge has become one of the most accepted and well-established social media prayer cultures in Nigeria with the number of streamers increasing with each passing episode. The Challenge also has attracted notable Nigerians such as Banky W and his wife Adesua Etomi who reported that after they tried hard to get pregnant but couldn’t, they turned to prayer and the Hallelujah Challenge was one of the ways. 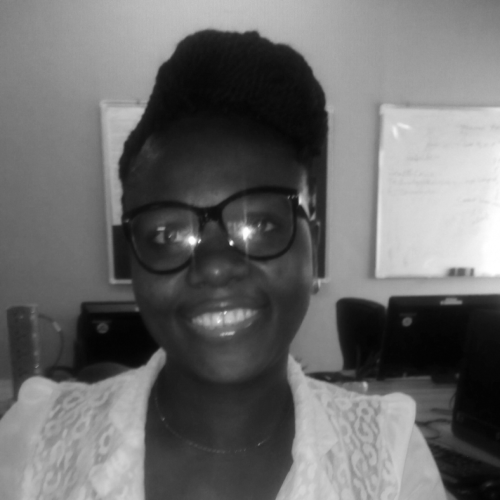