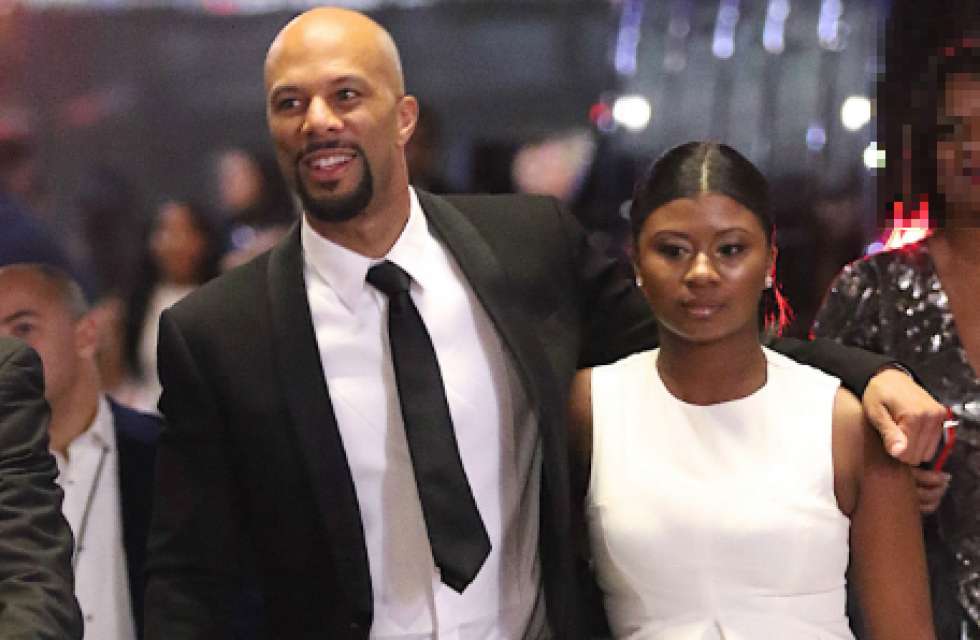 Not many know that Lonnie Rashid Lynn popularly known by his stage name “Common” has a sweet-looking daughter called Omoye Assata Lynn. The American hip-hop recording artist, actor, and poet, Common, was born on March 13, 1972. He grew up in in the Calumet Heights neighborhood, Chicago and started rapping in his teens.

Common made a name for himself in the local hip-hop scene by releasing his first full album Can I Borrow a Dollar? in 1992 (under the name Common Sense), but it was his second record Resurrection (1994) that made him known nationally. A lot has happened in Common’s life but according to him, one of the most significant was the birth of his daughter Omoye Assata Lynn.

1. Omoye Assata Lynn was born sometime in 1997 by a young woman called Kim Jones, who was her father, Common’s girlfriend at the time. It was reported that Omoye was born in the same year Common’s third album One Day It’ll All Make Sense, was released. The album’s recording was put on hold for up to a year as Common was busy preparing for the arrival of his daughter.

It was obvious that Common’s anticipation for his new phase of life led to several changes in his life as seen in the above-named album where he addressed family ethics several times as well as a quote from 1 Corinthians 13:11, which summarizes the path to manhood. After the birth of his child, he returned to finish the album, albeit with a newer sense of responsibility, which he relates to his transformation from being a bachelor to a father.

2. The popular rapper named his daughter after an African-American activist and member of the former Black Panther Party (BPP), Assata Shakur, probably just to show his respect for the woman who played an important role in Black Liberation in the United States.

Speaking of his decision with his baby mama to give their daughter the name she bears, Common wrote in his book “Someday It’ll All Make Sense,” that “we named her Omoye Assata Lynn. Omoye means “blessed baby” because that’s what she was to us. Assata was for Assata Shakur because our daughter was destined to become a fighter, even a revolutionary.”

Shakur is a well-respected woman among black Americans who though she has been mentioned as a most wanted criminal, has taken several approaches (as an activist and an underground militant) in the fight for the freedom of the black people whose rights have been infringed on.

Although Assata Shakur has been living in exile in Cuba for nearly three decades, the legendary Black Panther Party and Black Liberation Army (BLA) member’s ideas on activism and movement-building continue to form the bedrock for contemporary anti-racist work.

3. Do you know that Common dedicated his second single rap Retrospect For Life, from the 1997 album, “One Day It’ll Make Sense“, to his daughter Omoye Assata Lynn? The track which featured Lauryn Hill is perhaps the most memorable track in the album. Though the track itself isn’t necessarily one of the best in Common’s catalogue, its autobiographical lyrics weigh the choices of abortion and birth for a woman impregnated by Common. In his track, Common tells us of the hard times he went through while preparing for the arrival of his first child. The song was subsequently accompanied by a video directed by Lauryn Hill.

4. According to Common, his daughter Omoye Lynn usually prefers music by Beyonce and Chicago’s Chance the Rapper to his own music. “She likes some of (my) music, but she’s really honest about my music. She’ll say, ‘Naw, that’s not good or you can do better than that or you’re not as good as Chance the Rapper or these guys,” said Common.

5. It is the aspiration of the young black beauty to become a lawyer like the United States former First Lady Michelle and former President Barack Obama.

It’s no news that celebrities have one common challenge which is their ability to manage their time between their career and their family. But the close relationship between Common and his daughter proves that his longtime preparation to be a father was worth it after all. We look forward to seeing a bigger and better Omoye Assata Lynn as perhaps a musician like her father or even an activist like the woman she was named after.