Verna Garver (born April 16, 1927) was the celebrity wife of Clint Walker, the American actor, and singer. Despite being divorced from Clint Walker when he was yet to hit stardom, Verna has amassed a lot of attention over the years, even as an ex-wife of the legendary actor.

Verna Lucille Garver was born on April 16, 1927, in Anna, a community located in Union County, Illinois. Her parents were Jesse Albert Graver and Cuba Mabel St John Graver; she was born into an American family of European descent and followed the Christian religion.

Not much is known about Verna’s educational background or the career path she chose, but she rose to prominence as the wife of a notable actor. Verna was the youngest of her three sisters and reportedly had a half-sibling, Leonard Garver. She grew up with her two older sisters: Vera Luella Garver West and Virginia Lee Garvey. Vera Garver West was born on March 29, 1923, in Pennsylvania. She married Oscar, and they both have two daughters: Pamela Dawn and Vera Sue. Over time, she divorced Oscar for undisclosed reasons and would later marry Lauren West. Sadly, Vera passed away in California on September 24, 2014, exactly two months before Vera passed.

Just one year after the Garvers had their first daughter, they welcomed their second daughter, Virginia Lee Garver, on November 11, 1924. She married the love of her life, James Voiles Wallace as his second wife. They both had two children.

The love tale between Clint and Verna is still unknown; however, the duo dated for about one year before they got married in 1948. Clint’s first marriage to Verna had taken place long before he even considered acting. Their union was blessed with a daughter, Valerie Walker, but the couple divorced in 1968, after two decades of marriage.

Though the couple divorced before Clint became famous, Verna’s name has since been attached to his, and this day, she is considered a person of interest only because she was once married to the famous actor at a time. Here’s more on Clint Walker.

Clint Walker Was Born in 1927, the Same Year As Vernar Garver Clint Walker was born Norman Eugene Walker on May 30, 1927, in Hartford, Illinois, to his parents, Gladys Huldah and Arnold Walker. Clint has a twin sister named Lucille Walker. He attended the local school before he got employed to work in a factory and on a riverboat. At the age of 17, he joined the United States Merchant Marine shortly before the end of World War II.

The legendary actor worked as a deputy sheriff before his journey into acting. After he starred in “Jungle gents” and “Ten Commandments,” Clint got a friendly recommendation that endeared him to Warner bros. In 1955, he was announced as a cast for the film Cheyenne as Cheyenne Bodie, a roaming Cowboy hero in the post-American civil war era.

The movie shot him into the limelight and thus began his acting career, which lasted for four decades. Aside from being a Hollywood actor, Clint possesses a lovely and mellifluous voice. Some of his debut songs are: whispering hope, with these hands, love at home, I believe, and lots more.

Verna’s marriage of two decades to Clint Walker was blessed with a daughter Valerie Walker. She was born in 1950 in the United States of America. She is 73 years old as of the time of our writing.

Valerie Jean Walker, also known as captain Valerie Walker was one of the first female airline pilots. Valerie was one of few women who in her time wanted to be a pilot when the military did not accept women as pilots. 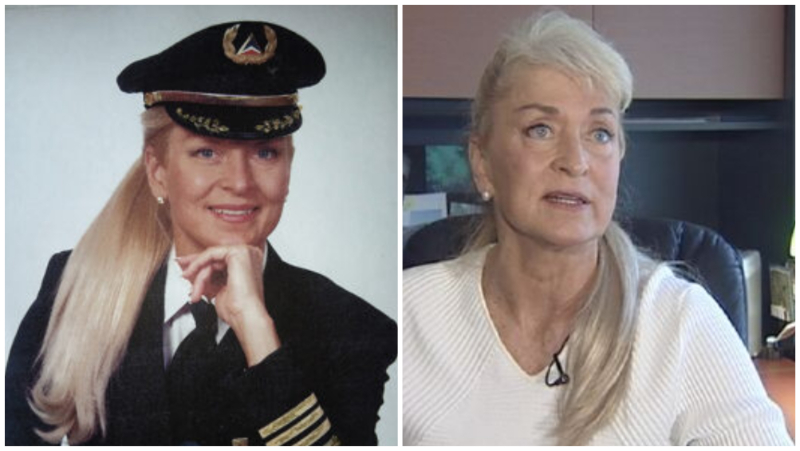 She Pursued Careers in the Aviation Industry

As a result, she pursued another career path that would bring her closer to her dream. She got a job as a flight instructor, worked as a police aerial pilot, worked on helicopters, and also did other aviation jobs.

She was later hired by Western Airlines before she joined Delta Airlines, where she retired as a captain rated on the 727, 737, 757, and 767. She has proven to be a woman of multiple talents.

Did Verna Garver Remarry After Her Husband, Clint Walker?

After her divorce from Clint, Verna stayed away from the spotlight and never got married again till her passing away. Verna Garver died in Utah on November 27, 2014, at the age of 87; she was also buried in Utah.

On the other hand, Clint married his heartthrob Giselle Hennessey in 1974. Unfortunately, she died of cancer in 1994. They didn’t have any children. Three years later, he got married to Susan Cavallari in 1997. They were married until his death in 2018 after his 90th birthday, and they also didn’t have children together. Clint has spent two decades in each of his marriages during his life trajectory.