Mina Hemingway: Inside the Life of Patrick Hemingway’s Daughter 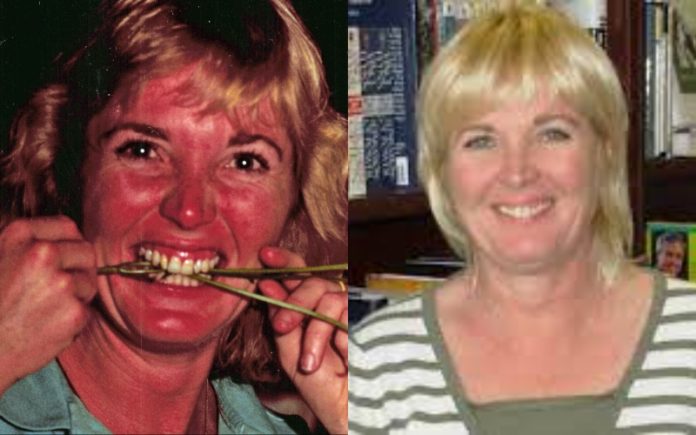 Mina Hemingway is a celebrity who became famous for being the daughter of Patrick Hemingway, a renowned author, and editor. Although Mina did not write a book like her father and grandfather before her, she is still in line with the family business as she manages a bookstore. Find out more about the life of the Dear Papa’s author’s daughter.

How Old is Mina Hemingway Now?

Mina Hemingway is 62 years old. She strictly prefers to keep details of her personal life private and as such, we could not verify her exact date of birth, where she grew up, or the kind of childhood she had. There is also no information about her education, the names of various schools she attended, or what degree she got from the university.

Her father is Patrick Hemingway while her mother’s name was Henrietta Broyle. Mina has no siblings as she is the only child born to her parents. Three years after her birth, Mina’s mother Henrietta died and her father moved back to his hometown to let Mina grow up in an environment surrounded by his family.

In 1982, he got remarried. Patrick wedded a woman known as Carol Thompson. It has never been disclosed if they had any children.

Mina Hemingway Comes From a Family of Famous Writers

Mina’s grandfather is a very famous American author named Ernest Hemingway. He is highly renowned for his choice of writing which involves the use of understatement in straightforward prose. In 1954, Ernest Hemingway won the Nobel Prize in Literature for his novel The Old Man and the Sea. Below is a list of some of his famous novels.

Ernest Hemingway had three children named Jack Hemingway, Patrick Hemingway, and Gloria Hemingway. While Ernest’s first son Jack had a variety of careers like stock brokering and salesmanship, his second son Patrick and daughter Gloria were both inspired by their father to write books of their own.

Patrick Miller Hemmingway was born on June 28, 1928, and is 94 years old. He is the second son born to his father by his mother Pauline Pfeiffer. For his education, Patrick attended an undisclosed high school before proceeding to acquire a degree from Harvard University.

After he graduated from university in 1950, Patrick Hemingway moved to Tanzania, East Africa where he pursued a career in wildlife management. He became a professional hunter and managed a safari business named “Tanganyika Safari Business”. He was very dedicated to his business and this led to the United Nations appointing him as a teacher of conservation and wildlife at the Wildlife Management College in Tanzania.

Some years after the death of his wife in 1963, Patrick moved back to his hometown where he assumed the management of the intellectual property of his father’s estate. He further decided to continue the family’s legacy of writing and in 1999, he edited and published his father’s previously unpublished novel, naming it True at First Light. His other contributions and edited works include:

Mina Hemingway Did Not Tow Her Father’s Career Path

Having been surrounded by a family of writers during her early days, one would assume Mina would naturally be inspired to be a writer herself. However, the celebrity daughter chose a different career path of entrepreneurship.

She owned a shop in Austin, Texas that dealt in fishing specialties, and together with her husband, ran a natural foods company named Cool Fruits. The businesses flourished for some years before she decided to branch into another wing of entrepreneurship. In 2006, Mina and her husband Jon bought an independent bookstore in Naples named The Book Store, and upon assuming ownership, they renamed it the Mina Hemingway Florida Book Store.

The desire to own a bookstore was inspired by Mina’s love for reading books. Despite not having met her grandfather who died just a year after her birth, Mina was greatly influenced by his books and the very first book she read was The Old Man and the Sea, at the age of 7.

Mina’s career as a bookstore owner is a successful one as she is largely patronized by residents and tourists who wish to read by the beach. Her bookstore specializes in providing used books, magazines, and newspapers, and has two shelves specially reserved for books by and about her grandfather; Ernest Hemingway. Who is Mina Hemingway’s Husband?

Mina Hemingway is married to a man named Jon Rothenberg. The couple protects details of their marriage and as such, we could not verify information about how they got married and even how long they dated, or when they officially tied the knot.

We also could not confirm what Jon does for a living, what his family background is like as well as his upbringing. However, the couple has remained married and jointly invested in businesses of their own.

Does Mina Hemingway Have Any Kids?

Although Mina Hemingway and her husband have never spoken about their marriage and children, we were able to verify that they have a son named Patrick Hemingway Adams with whom Mina reportedly relocated to Colorado.

Adams is involved in the family business by branching into philanthropy for veterans in Southwest Florida. He involved the Hemmingway family with a nonprofit organization called Naples Take a Soldier Fishing, providing fishing tournament, entertainment and hotel stay to active military members.

Patrick Hemmingway Adams is active on Instagram as @p.hemingwayadams and regularly posts pictures of his wife and kids to entertain his thousands of followers and also give them a glimpse of what goes on in his family life.

Who is Noelle Watters? All About Jesse Watters’ First Wife