Exploring the beautiful mountains of Obudu over the weekend, I couldn’t agree more with the saying; “you may think the grass is greener on the other side, but if you take the time to water yours, it would be just as green”.

A location such as the Obudu Mountain Resort is a good example of how green the grass can be if watered just right. The truth is, Nigeria is a marvellously beautiful country and an effort in the right direction is all we need to harness its beauty and make it a good tourist destination. That, in turn, will lead to the generation of much-needed revenue that can be used to tackle other problems.

The Nigerian tourism industry is as good as unexistent despite being endowed with rich tourist sites such as this one we are looking at and many others, including the Osun Osogbo Groove, Ogbunike Cave, Oguta Late, Yankari Game Reserve, Olumo Rock, just to name a few.

Truth be told, not many Nigerians know about the beauty of these places. If you conduct a survey and show pictures of Obodo to the people, most will probably tell you it’s not in Nigeria. Now with locals doubting the location of the place, how do we expect foreigners to leave choice destinations in East Africa and elsewhere to come to our beloved country.

Here is a look at the Obodo Cattle Ranch and Mountain Resort and all the amenities and activities available to its visitors. 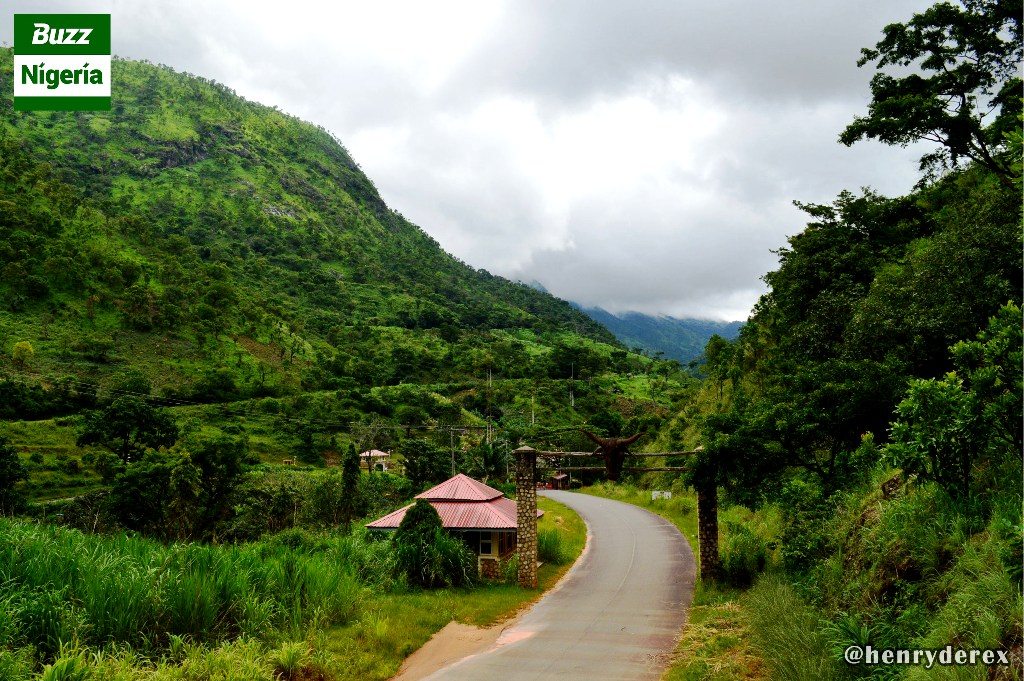 The Resort is truly one of Nigeria’s finest and celebrated tourist destinations. Blessed with a perfect location surrounded by mountains, Obudu Mountain Resort is a mini heaven with an inviting natural endowment to be explored.

The Mountain Resort is only 45 miles from the border between Cross River State and Cameroon. It lays deep in the tropical rainforest of Cross River State and has increasingly become popular amongst tourists, most especially couples and other adventurers from various tribes in the country and from across Africa and the world at large, who know about its existence.

The Cable Car, Road Or Helipad The hilltop is about 11km of a meandering road from the base and can be accessed either by driving, flying (helipad) or via a cable car. The canopy walkway gives you an extraordinary diversity of canopy life and breathtaking view from the top. You can also go for a swim in the natural pool carved by the downpour of the waterfall.

Obudu is a Local Government Area in Cross River State, Nigeria. The town has been a major tourist destination thanks to the Obudu Mountain Resort (formerly Obudu Cattle Ranch).

The locals are very welcoming. Looking at the Geo-cultural area of the community, Obudu is home to six clans namely, the Bette,  Obanlikwu,  Bendi,  Utuwang,  Ukpe-Alege, and Utanga-Becheve, all of which thrived as petty-independent villages with strong cultural affinity. The Obudu cultural area is bound on the north by Tsar of Benue State, on the east by the Akway’s of the Republic of Cameroon, and on the south and west by the local government areas of Boki and Bekwarra.

The Bebi Airstrip is a nearby public airport servicing the region; it is approximately 18 kilometres east of Obudu town. The Airstrip has a 1.8 km runway and it’s capable of receiving light aircraft.

The advantage of visiting this location is it fits every budget. We came together as individuals from various states in Nigeria and drove down to Obudu town (Approximately 5 hours drive from Enugu).

At Obudu town we were warmly welcomed and we immediately settled in at a low-cost lodge. The next morning we got a tour guide from Obudu town and drove down to the mountain resort to explore all it had to offer. For those out for a luxury experience, you could head directly to the mountain resort, where there are a number of cottages (including a presidential cottage) available.