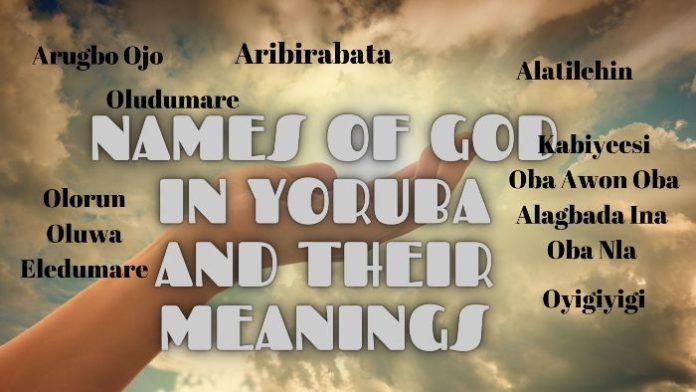 For Yoruba people, the concept of the name of God is important in many aspects. Little wonder, there is often a calling of the name of God in moments of worship, praise, finding mercy, times of doubts, fear, despair, thanksgiving, and as a reminder in daily activities among other reasons.

The meaning of the names of God in one of the most religiously diversified ethnic groups in Nigeria – Yoruba! is vast. For instance, how Yoruba people will greet God (Oba Aye- the king of the world) may be different from the name of God in confession (Olorun Aanu – God of Mercy).

See also  Who Is The Richest Pastor in Nigeria? Meet the Top 10